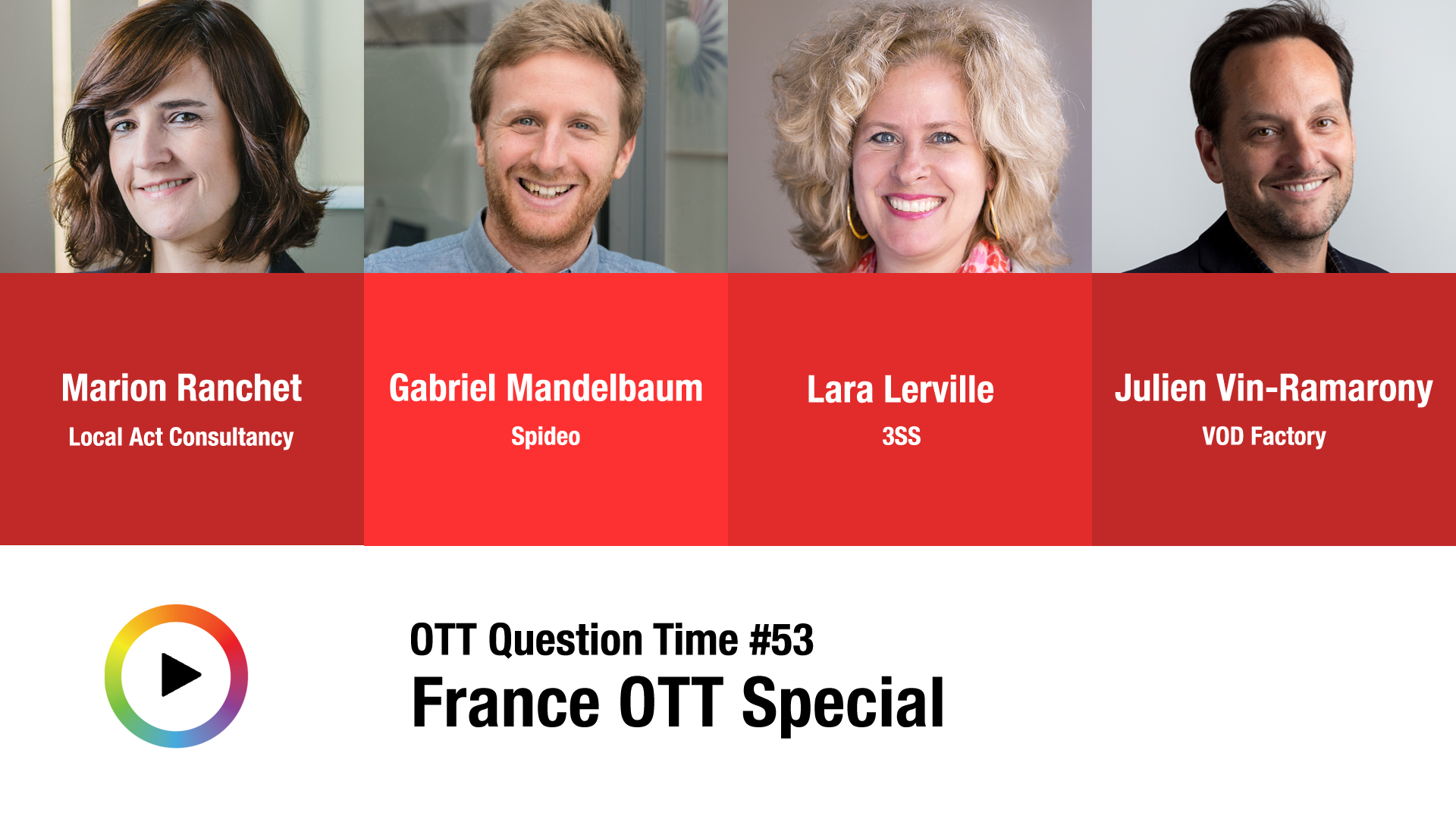 This Thursday the 24th of March, at 5 pm CET, don’t miss our CEO Gabriel Mandelbaum‘s intervention in  VOD Professional ‘s OTT Question Time #53 – France special. Along with 3 other experts in French SVOD market (Marion Ranchet, formerly of Orange and Roku and now the founder and MD of The Local Act Consultancy, Lara Lerville, Head of Strategic Sales at 3SS, and Julien Vin-Ramarony, President of VOD Factory) they will discuss and answer all your questions related to the French OTT landscape.

With a population size comparable to the UK, a flourishing TV and film production sector, and a growing list of native-language titles appearing on the international streamers, it’s a little surprising that we don’t hear more about France’s OTT landscape. Especially so since last December when France became the first country to implement new regulations from the EU requiring SVOD services to invest at least 20% of their local subscription revenues on making French content. Amazon, Apple, Disney and Netflix are now expected to allocate between €250 and €300 million a year toward this goal.

Indeed, according to a recent survey by Whip Media, French viewers place more importance on SVODs having local rather than original content. At the same time, the country has over 8m Netflix subscribers, 54 free OTT services and a super-aggregator, Salto, which pulls together content from France’s national broadcasters.

Among the topics to be discussed:

>How people watch TV, and on which devices

>And the future of OTT in France

Click here to find out more and register to watch this unique webinar!